An essential part of esports growth has come from live streaming. PTZOptics has been working with esports teams, tournaments, and gamers from around the world to help develop live streaming equipment that meets the demanding needs of esports. The first major development for PTZOptics PTZ cameras has been an interactive extension for Twitch (learn more here) which allows broadcasters the ability to give their audience remote PTZ camera control through the Twitch player. This extension has allowed many esports tournaments and individual gamers to get more interactive with audiences watching online. 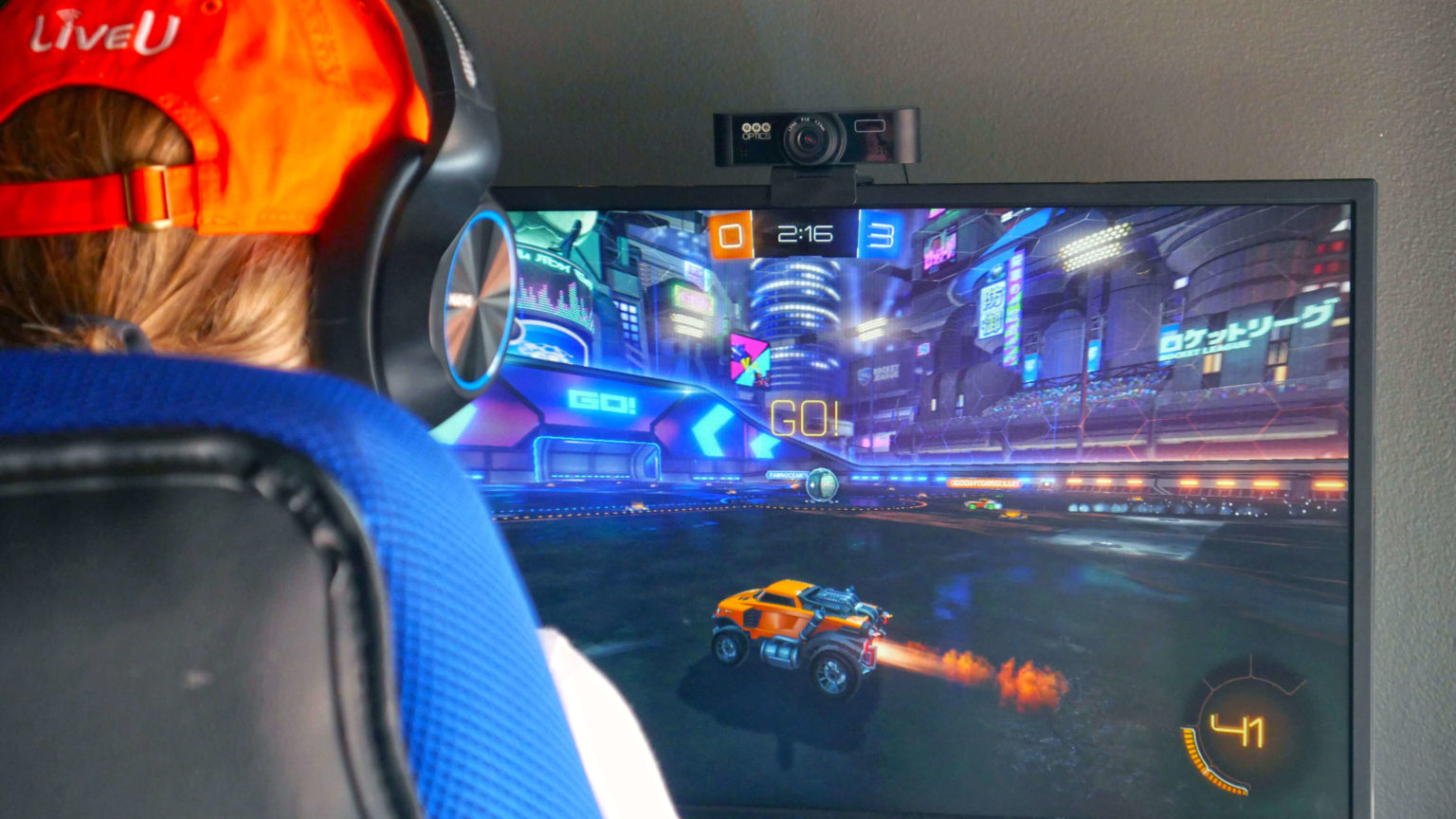 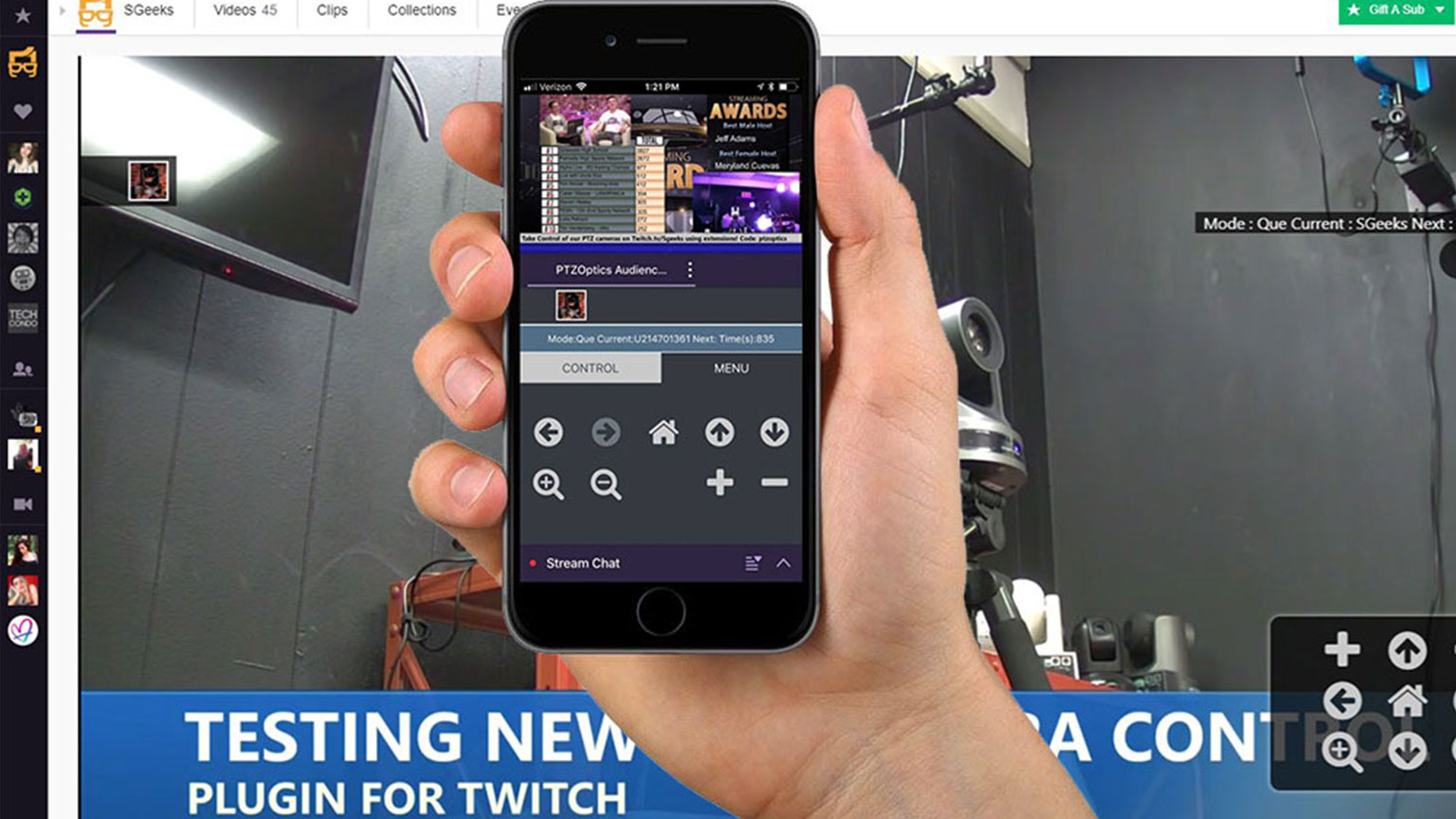 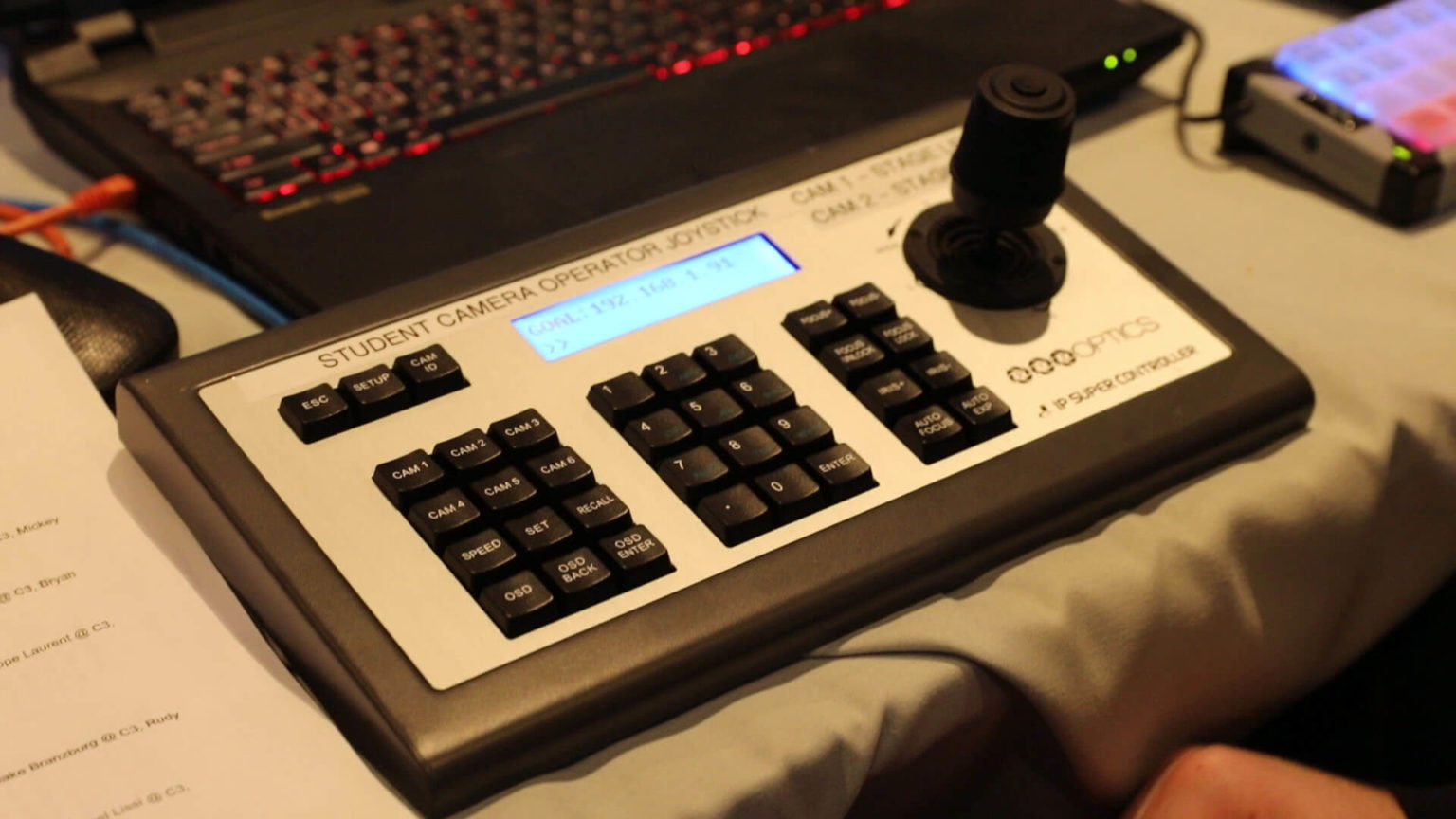 The case study below outlines the PTZOptics camera used to live stream a Rocket League Tournament hosted at the 2019 StreamGeeks Summit. During the 2019 StreamGeeks Summit, a three-versus-three RocketLeague esports tournament took place. The event was live-streamed by a student-run team from New York City’s S.A.R High School and broadcast to Twitch. The student-run broadcast team used a Wirecast Gear video production system, which was connected to three PTZOptics cameras via SDI and seven gaming computers using NDI®. The main PTZOptics camera was a 12X ZCam connected via SDI. This camera was used to capture the play-by-play announcer team from Hofstra University. Students from the S.A.R High School also had access to two PTZOptics 20X-SDI cameras they could remotely control using Wirecast and Xbox controllers to capture various views throughout the esports tournament. 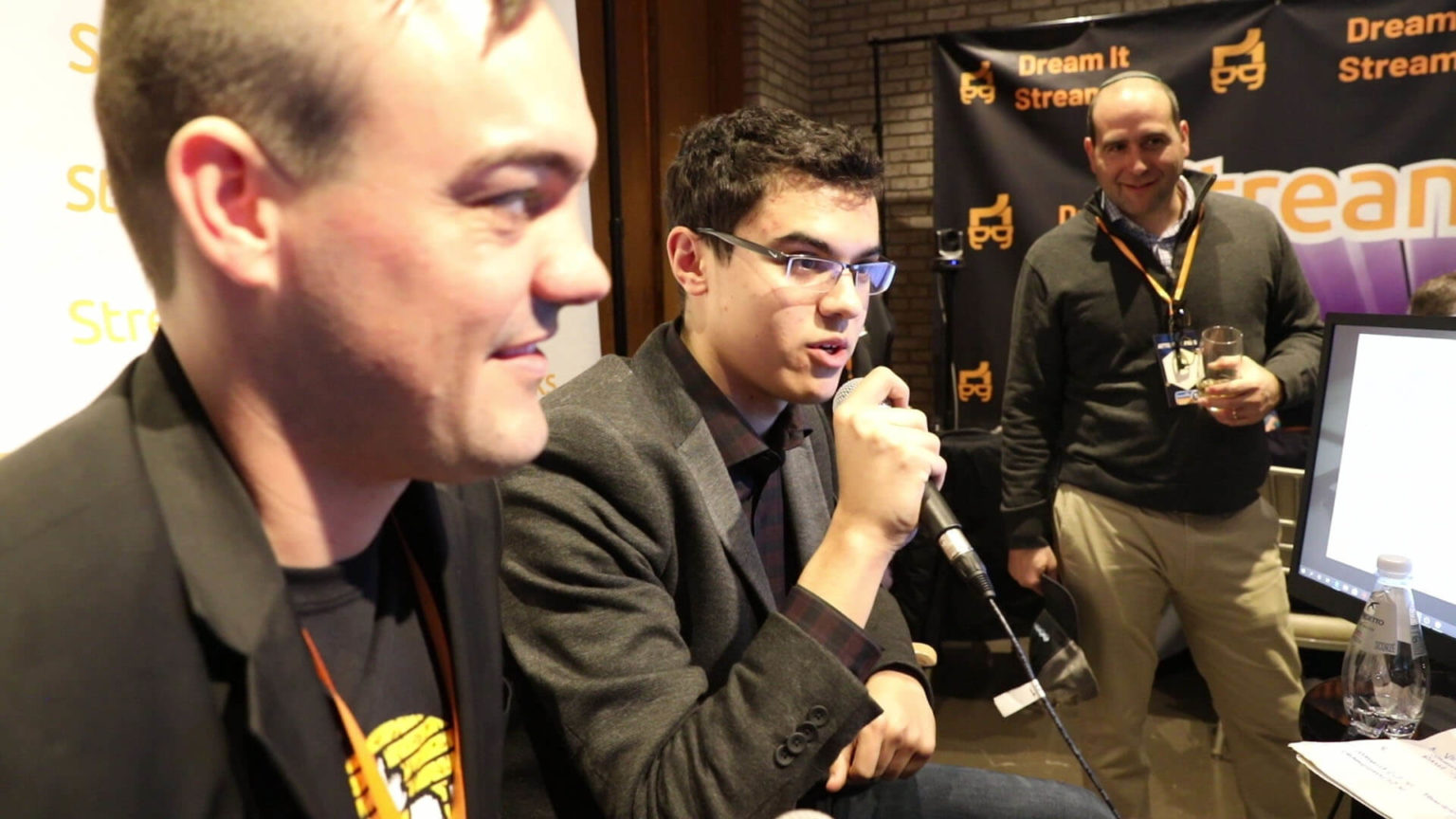 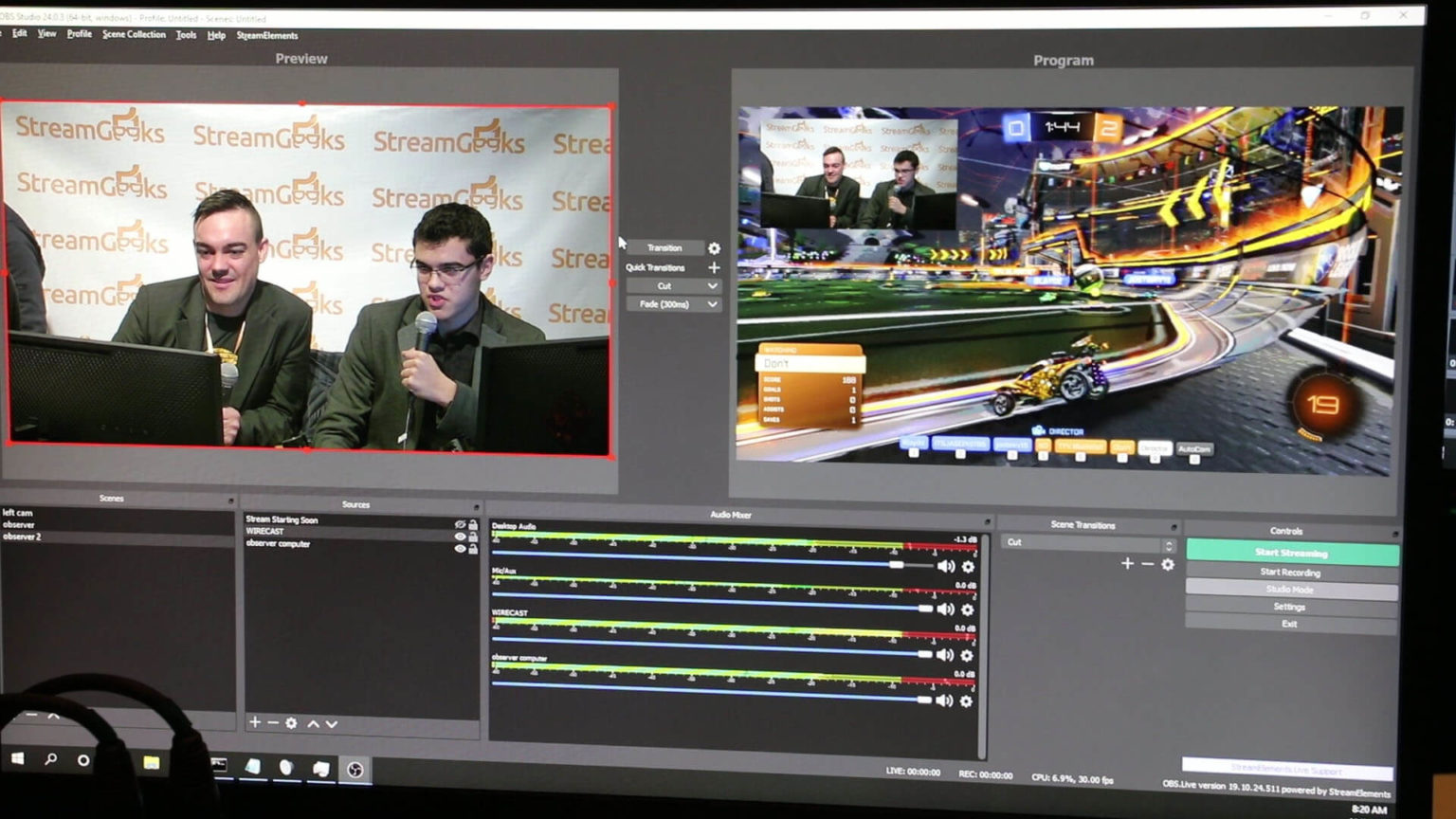 The gaming computers were provided by Helix Esports, and each computer was used to run OBS (Open Broadcaster Software) to capture the RocketLeague gameplay. OBS was used to create a picture-in-picture output with a webcam source from PTZOptics webcams plugged into each computer via USB. OBS is able to output an NDI® IP video feed for each computer it is running on which it is then able to be pulled into Wirecast as additional sources over the LAN. In a similar way, the observer PC used to view gameplay from each player in the RocketLeague tournament was captured via NDI® and OBS. The observer PC was used by the play-by-play announcer and the student-run broadcast as a source for viewing the gameplay at large. The production system allowed the S.A.R High School students the ability to create a dynamic Esports video production using a mix of gameplay screens, player webcams, and PTZOptics cameras in the space. 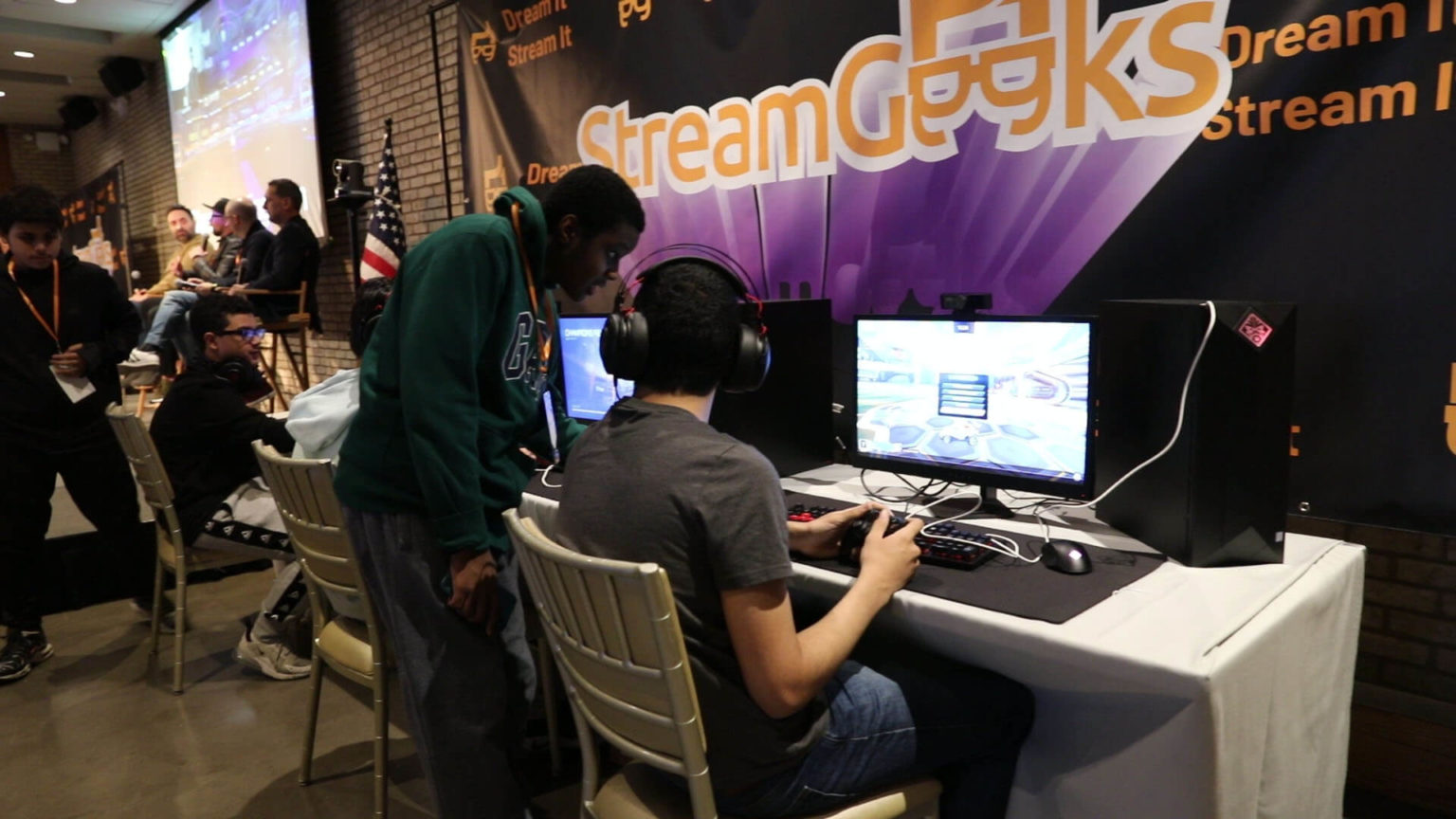 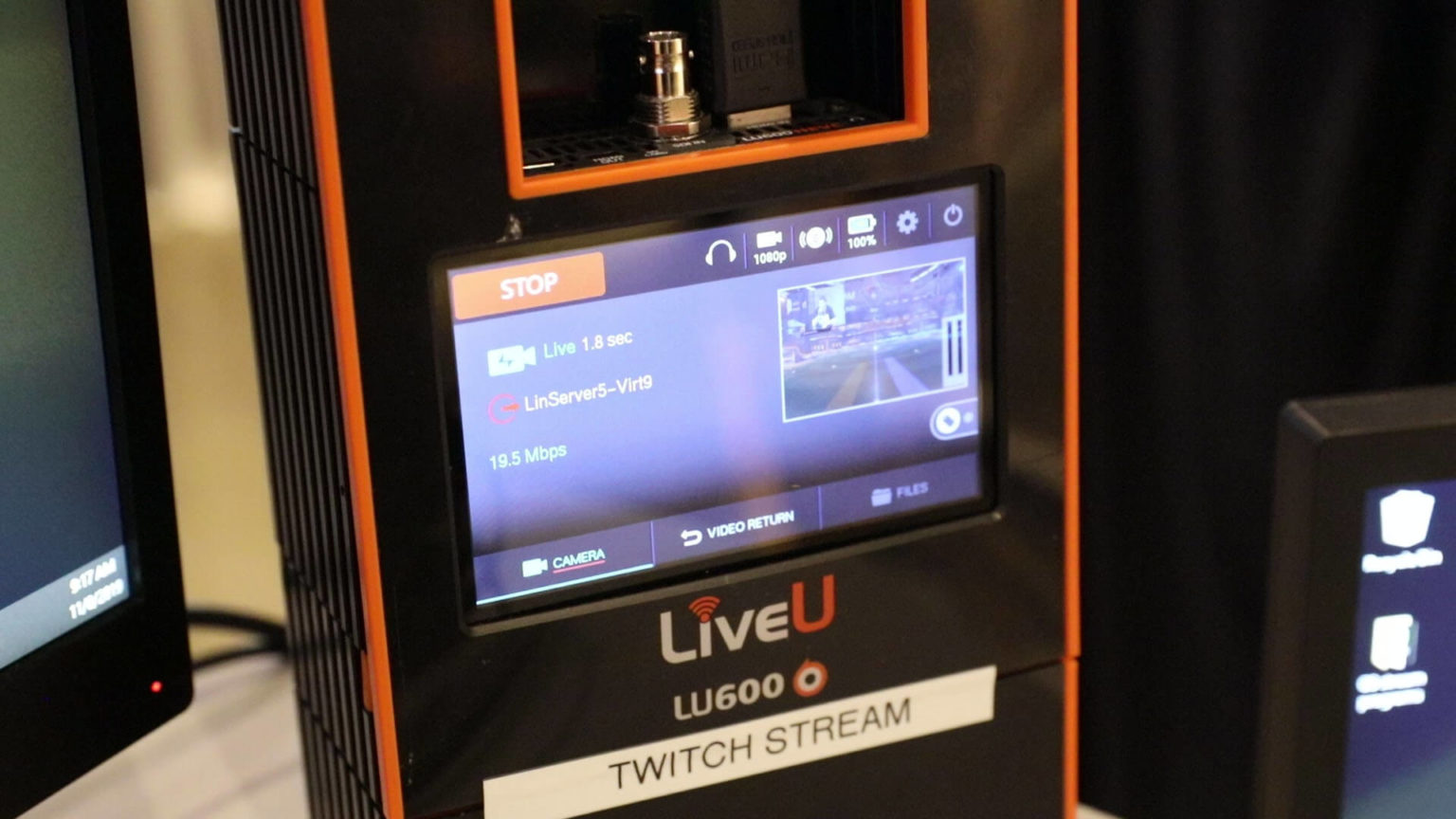 The StreamGeeks Summit happened on November 8th, 2020 in New York City. The tournament featured a 3 on 3 Rocket League setup with seven computers and a production PC all connected together on one LAN (Local Area Network). There was a stage area with two students play by play announcers on camera with microphones for audio pickup. The production crew had multiple PTZOptics NDI® cameras available to use in order to zoom into the play by play announcers but also capture angles that show each of the gaming stations. Students from the S.A.R high school broadcast club were able to produce a 100% student-run live stream with the available video and audio sources spread across the local area network. The entire student-run production was then live-streamed to Twitch.

Each of the Rocket League computers should be connected to a local area network as a prerequisite to hosting the tournament. A local area network or LAN is basically an interconnected system that connects each computer for gameplay with ethernet cabling using networking equipment. This same networking infrastructure can also be used to connect each gaming computer to the production PC. As you can see the video production computer is running a software called Wirecast. Wirecast is a great software for video production and the students from the S.A.R High School operating the system use it to produce traditional sports like Basketball all the time. On each Esports computer you can install a piece of software called OBS (Open Broadcaster Software) to capture the gameplay and a webcam connected to the computer via USB. OBS can be used to combine a screen capture of the gameplay and a picture in picture source of the USB webcam source together. OBS is an amazing free tool for video production and it can output an IP standard called NDI® with a plugin. Once you are running OBS on each of the Esports computers you can choose to customize your IP NDI® video output. NDI® can be used as a low-latency video output from OBS which is used to transport each Esports computer video source into your production computer over the LAN. Because all of these computers are connected over the same local area network, all of the OBS NDI® outputs can be pulled in with Wirecast over the network.

Complete Esports Production
Another important part of the production connected to your LAN is the Observer PC. The Observer PC can also run OBS to capture the video gameplay and output the video via IP using NDI®. The “Observer” feature of the RocketLeague software is available in almost all other competitive video games as well and it has become an important tool for play by play announcers. The Observer PC should be set up in view for your play by play announcers who will be using the monitor to do their job. Your production team should consider the Observer PC video input one of the staples of their production. Just like regular sports production you want to give the audience a good overview of the field as the play develops. Transitioning to individual gamers screens should be reserved for special occasions happening during gameplay.
Your play by play announcers will, of course, have microphones for capturing their performances. Microphones are generally used with XLR connections that can be connected to a USB audio interface. A standard USB audio interface can mix together multiple XLR microphones and connect to your production PC with a simple USB cable. The play by play announcers will also be captured via video using a camera connected to your system. In the diagram above, you can see the system has added multiple NDI® capable PTZOptics cameras and the audio system for the play by play announcers. NDI® cameras can output video directly to your computer without the need of a capture card. PTZOptics NDI® cameras also feature PoE (Power over Ethernet) capabilities which allow teams to connect a single ethernet cable to power the camera, control the camera, and connect to their software for video.
Another IP connected device that gives students an important role in the production is an IP joystick. In this example, there is a PTZOptics IP joystick that is connected to the network which is able to operate the pan, tilt, and zoom operations of the PTZOptics 20X-NDI cameras. Both the joystick and the camera can be powered over Ethernet assuming you are using a power over ethernet capable network switch. The IP joystick uses the PTZOptics camera’s static IP address to communicate. Unlike the Esports computers that use DHCP to get their IP addresses, devices like PTZ cameras usually keep static IP addresses. You can of course control PTZOptics cameras directly inside software like Wirecast or OBS but a dedicated joystick controller can make your production easier to manage so that your student producer can focus on the production.

So that’s the basics of a simple 3 on 3 Esports tournament local area network with a broadcast setup for two play by play announcers.