Controlling Multiple PTZ Cameras With OBS at the Same Time

Using OBS you can control PTZOptics cameras in a couple of different ways. The most popular way is to install the free PTZOptics OBS plugin which adds some great robotic camera control features to OBS. Once installed, you can open up the plugin and control up to 8 cameras. The plugin even create specific hotkeys for calling PTZ presets and it adds the ability to control cameras with an XBox joystick. There is another way to control PTZOptics cameras with OBS called a “Dockable” interface using HTML codes available from PTZOptics. The HTML files can be used with the “Docks” feature of OBS to dock a PTZ camera controller directly into the OBS interface. You can learn more about that here. 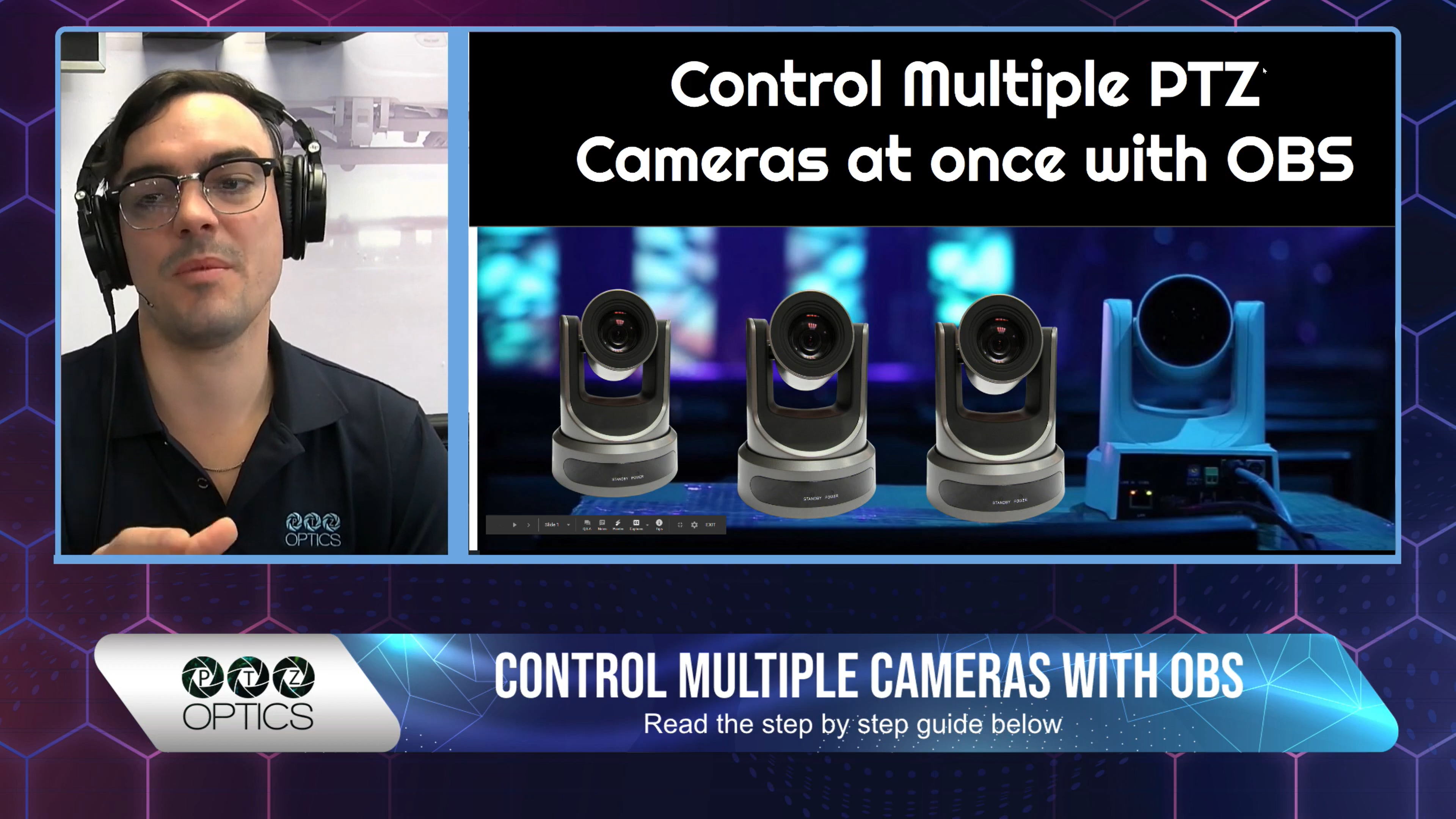 Pro Tip: Set up each camera in your network with sequential static IP addresses. In this way, you can easily input HTTP commands into OBS for this purpose.

Using OBS to control multiple cameras at the same time simple involves a scene that is setup with multiple browser sources with HTTP commands. Remember to select “Refresh when active” to ensure OBS issues the HTTP commands everytime that you select the scene in OBS.

Pro Tip: You can issue other HTTP commands besides camera presets as well. Check out the full list of HTTP commands in the PTZOptics documentation to learn more.

Control multiple ptz cameras at once with obs from Paul Richards