Abington Presbyterian Church in Pennsylvania launched a new live streaming setup just before the holidays. Abington has been running a video ministry since the late 1980s. However, the onset of the COVID-19 pandemic created a need to enhance their offerings. They had some experience with online video in the past though it was an outdated system. They were recording to DVD, converting to MP4, and uploading the video to YouTube. They knew that to serve their congregation, they would need to enhance the online experience. There were several pieces to their upgrade, but the project began with the purchase and installation of two PTZ cameras. 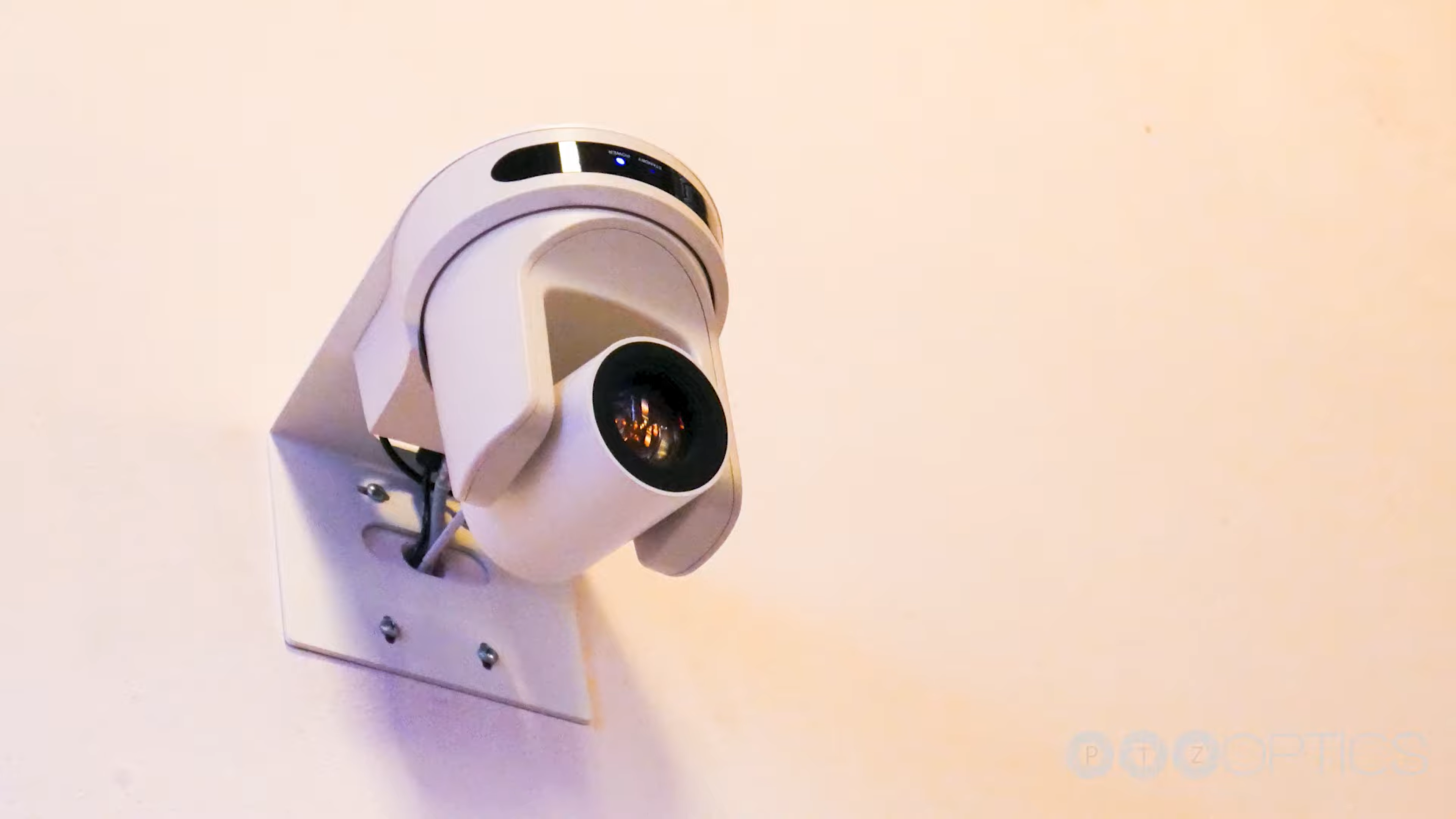 Abington opted for a two-camera setup, and through wise placement, they cover everything they need. First, they installed a 30X PTZ camera mounted high on the back wall of the sanctuary. With 30X optical zoom, it easily covers the 135 feet to the chancel at the front of the sanctuary enabling relatively tight shots of the service. The second camera gets in even closer. A 20X PTZ camera is mounted on the side wall close to the front of the sanctuary. This allows for close up shots of musicians and speakers and creates a great looking cross-angle. Its position also allows for some additional shots some might not think of. It provides a downward view that allows for a closeup of the baptismal font. It can also get a nice view of the front row to show families during wedding ceremonies. Being close to the front of the room, it can also show the back entrance, which is especially nice when the choir is processing. During the pandemic, while the church is practicing enhanced safety protocols, the choir sings in one of the transepts (areas off to the side of the sanctuary.) Since the congregation does not have a direct view, the side-mounted PTZ camera can easily capture them. 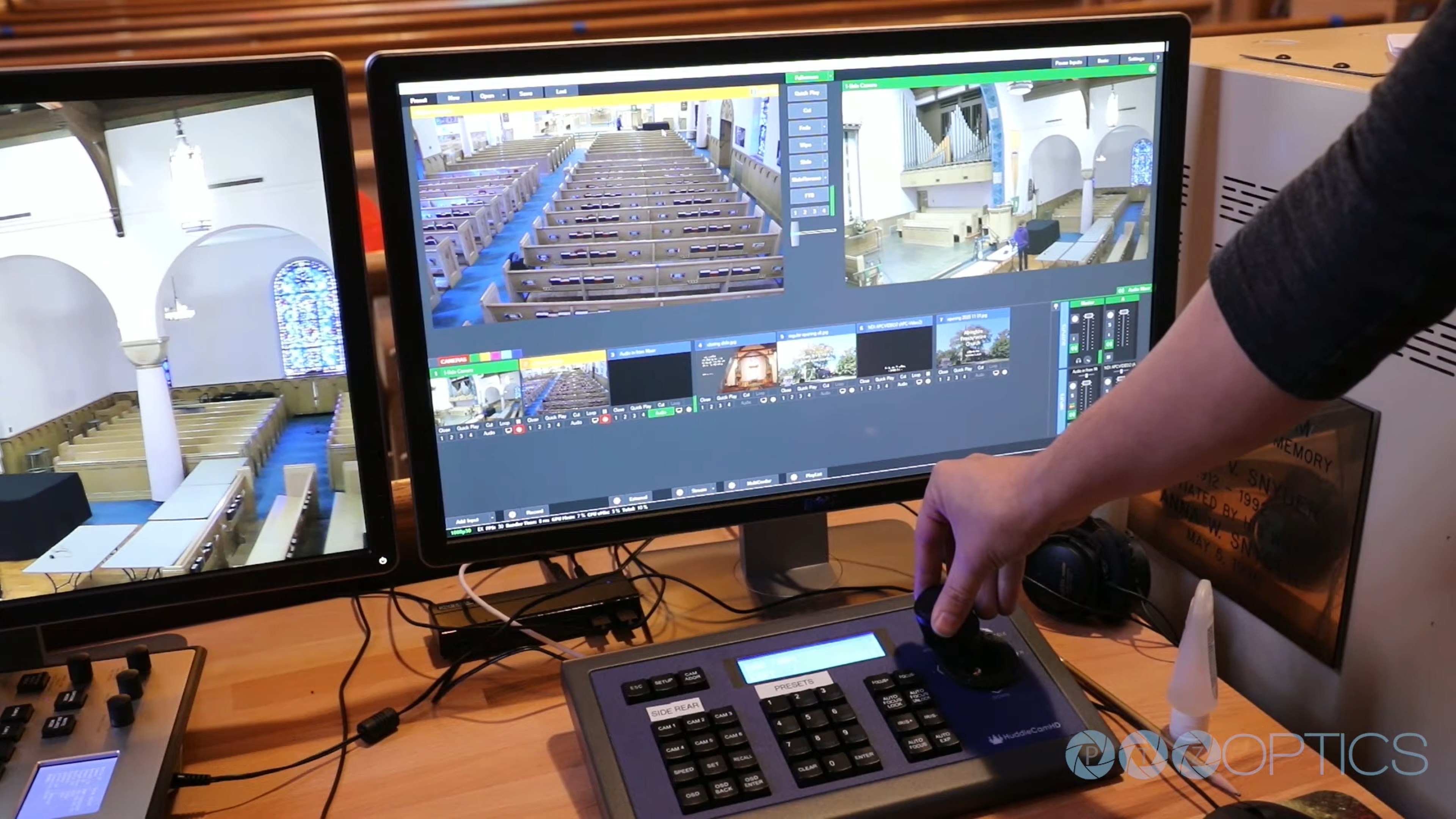 Sound comes through the existing church sound system. It consists of an Allen & Heath mixer usually controlled wirelessly using an iPad. The analog audio signal is connected to a Focusrite Scarlett 2i2 analog to digital converter that feeds into the production computer via USB. 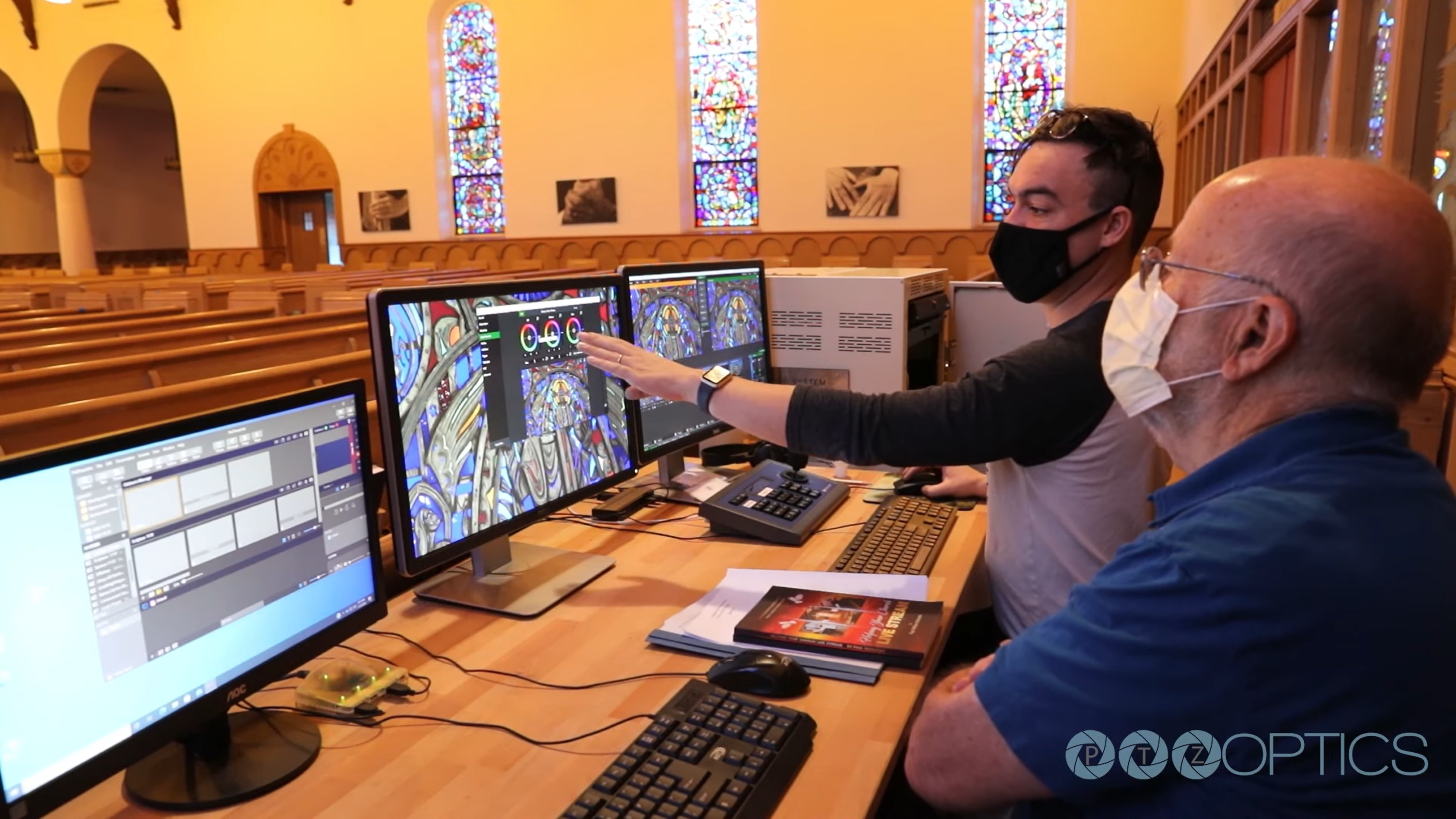 To make things easy for volunteers, each preset number represents the same basic shot on each camera. For instance, preset 0 shows a wide view of the chancel on both the back camera and the side camera. They are just at different angles due to the camera locations. Two volunteers run the entire production each week, with one running ProPresenter and the other running the cameras and vMix. 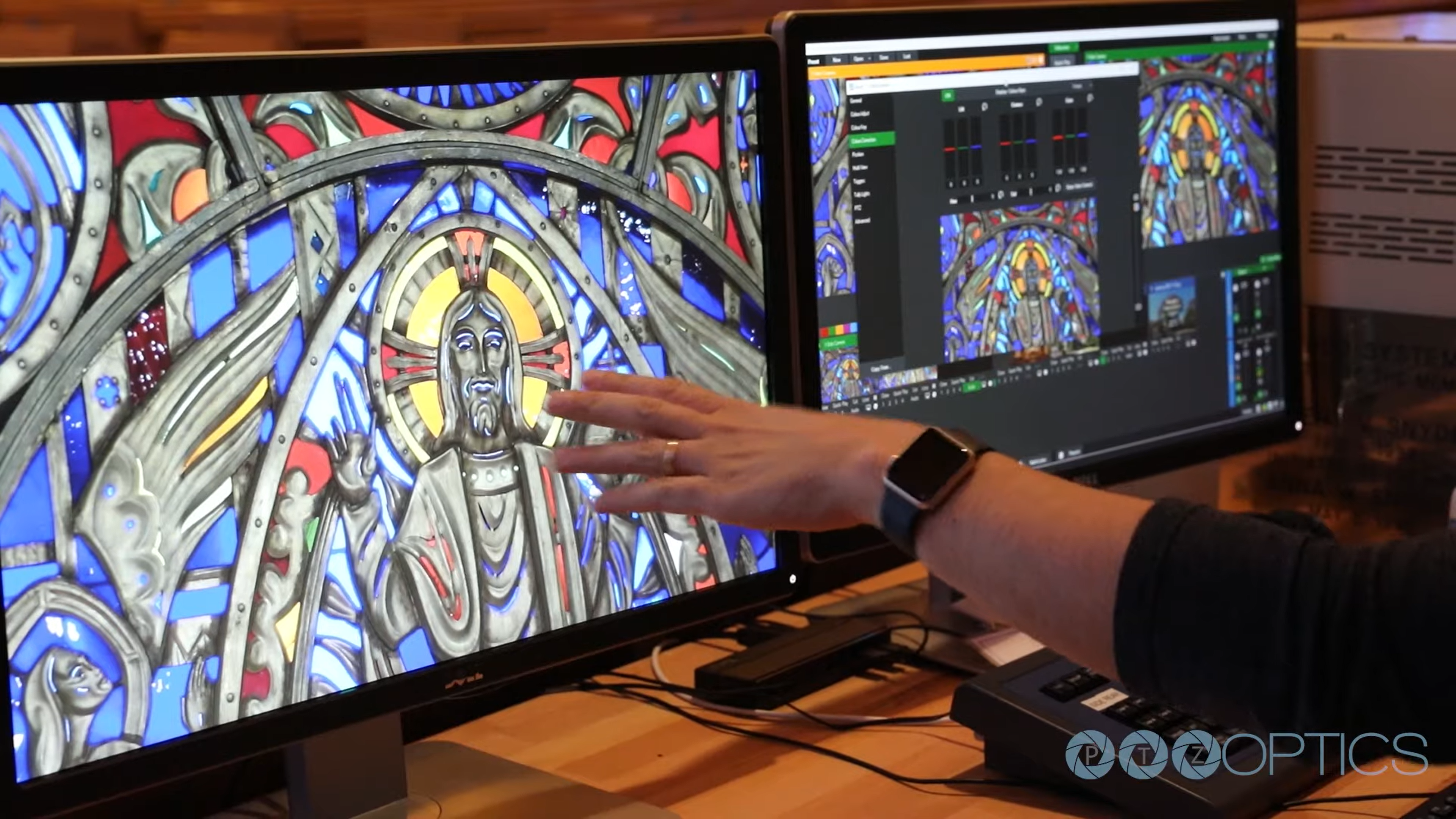 The output from a relatively simple two camera system is remarkable. The church found that some of the detail of their beautiful stained glass and woodwork couldn’t be seen with the naked eye. Once the PTZ cameras were pointed and zoomed in, the congregation was able to see the artistry in a whole new light.

Their setup shows what can happen with the right planning and purchases. This church did their research. They started with the book Helping Your Church Live Stream. This got them up to speed on the general information and terminology and allowed them to begin the design process well informed. With their new system in place, Abington Presbyterian Church continues to serve its congregation via video ministry.